For ten years, Morgan Abbey's life has been overshadowed by the mysterious disappearance of her mother. Now, the seventeen-year-old is about to learn her mother might still be alive, and that she may hold the key to bringing her home. But will she be willing to do what it takes? 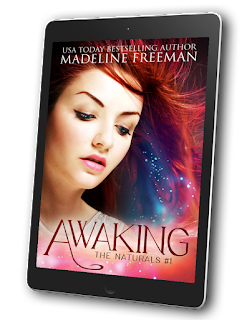 Morgan Abbey's life is about to change.

Just weeks before her senior year is set to begin, a mysterious stranger approaches Morgan with information that has far-reaching ramifications. First, the psychic ability she believes she has just been pretending to have since middle school might actually be real.

Second, her mother, who disappeared abruptly and completely almost a decade ago, might still be alive.

Morgan finds herself drawn into a centuries-old struggle involving a shadowy group with incredible powers. The Veneret have quietly coexisted alongside the common people of the world for centuries. Now they believe it is time for them to reclaim their former positions of power—and that Morgan is the key to their victory.

Every victory comes at a price—but is it one that Morgan will be willing to pay? 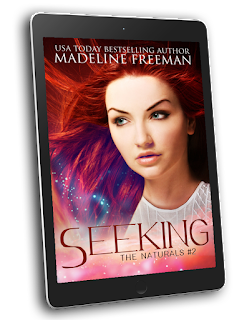 Being psychic isn't all it's cracked up to be.

After learning she has a key role in a centuries-old prophecy, Morgan Abbey hopes to use her abilities to accomplish the one thing she has wanted for a decade: find her mother. However, the Watchers who protect her refuse to let her search.

They have good reason to urge caution. A sinister and shadowy organization known as the Veneret want Morgan, convinced her role in the Prophecy will allow them to regain their position as rulers of humanity. With the Veneret after her, Morgan has no choice but to listen to the Watchers—and spend her time honing her abilities for the inevitable showdown.

Training with Morgan are her friends Lucas, Corbin, and Lia—three of the four Naturals that the Prophecy says will make her strong. Before they can fulfill their destiny, a fourth Natural must be found.

When Morgan discovers that her mother might be in danger, she is prepared to dismiss all the warnings of the Watchers in order to bring her safely home. With the help of her friends, Morgan will risk everything in an attempt to save her mom. But forces darker than she can imagine are out there, waiting to make their move. Before the search is over, Morgan will find that not everything is as it seems—and those she thought she could trust may just be her greatest enemies. 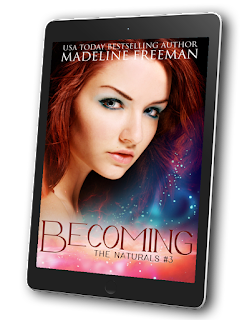 Life in the safe house is routine. In the three months since her last run-in with Orrick Williams, Morgan Abbey has been training with her four Naturals and their Watcher friends.

But routines are meant to be broken, and the reappearance of a familiar face turns life in the cabin on its head.

Through relational upheaval and secrets revealed, Morgan has to keep everything together to fulfill her destiny. But when it's time, will she have the resolve to do what needs to be done?

Will she be able to kill Orrick?